BADIN: Mumtaz Bhutto, a leader of the Sindh National Front and former chief minister, is likely to join Pakistan Teheerk-e-Insaf (PTI) after he is no more a member of the PML-N.

Talking to newsmen here on Wednesday, Bhutto said that his party will decide about joining PTI in its meeting.

He also said that the PMLN has expelled him from the party.

PML-N has no future in Sindh, he told media.

He appreciated PTIs sit-in, saying the partys protests have turned the people aware about the country.

I always think Sindh not including Karachi is being left out as whole. Imran needs to penetrate deeper into Sindh because they need a change from Pi$$ Poor Performance.

Makes no difference, PPP is too strong in rural sindh to make a dent in their vote bank.

Now these Crooks want to pollute PTI ..... Not Acceptable at any Cost... Defeat is better then taking these thieves back to the assembly .....
U

Taha Ishfaq Bhutta said:
Now these Crooks want to pollute PTI ..... Not Acceptable at any Cost... Defeat is better then taking these thieves back to the assembly .....
Click to expand...

My thoughts exactly! How can the people from the status quo fight off the status quo.. PTI needs to cleanse itself, not contaminate by giving space to these feudal lords..
A

Mumtaz Bhutto is an open critic of Urdu speaking people and has abused them every now and then.

PTI should stay away from Mumtaz Bhutto!

mumtaz bhutto is another javed hashmi like bomb.let pti ppl imbibe him till he explodes.lol.
there is no muslim league in sindh because sinfhis are very prejudiced.they only vote for sindhis even if the guy is satan himself.this is tragic and not good for pakistan future..imran also has zero vote bank in sindh whatever votes he got from sindh were votes of anti mqm urdu speaking people and punjabi/pakhtoon people settled in sindh.
as for political situation ...
today ppp has also demanded from nawaz for mid term elections

seeing nawaz boat sinking the ppp lotas are abandoning him...nawaz shareef was foolish to trust rafdi ppp in making a deal that i will let you complete 5 years and than you let me...as usual rafdi ppp broke its promise.

with fall of nawaz shareef the transfer of "iqtidaar" wont be smooth to imran qadri as thought by their supporters.there will be massive civil war and may be the azaab propheaised in 2009 will start in pakistan.wallah u alam...all signs point to that though.

may be pti etc people dot want unity of pakistan but muslims do like to see pakistan and ummah united.what i fear is breakage of punjab after nawaz fall and than breaking of pakistan...believe me i have solid reasons for what i am saying.you will see.imran may not want that but his team mostly consists of foreign agents
D

also mumtaz bhutto is so characterless and rangeen personality that even his cousin ppp founder bhutto was fed up with him.but may be character less and zaani sheraabi honaa is one qualification desirable in modern parties like pti
M

PTI can find much better people in Sind, Mr. was on big posts in the past. What he has done for the betterment or in the interest of country ? PTI needs to set a strong criteria while accepting past public figures..................... 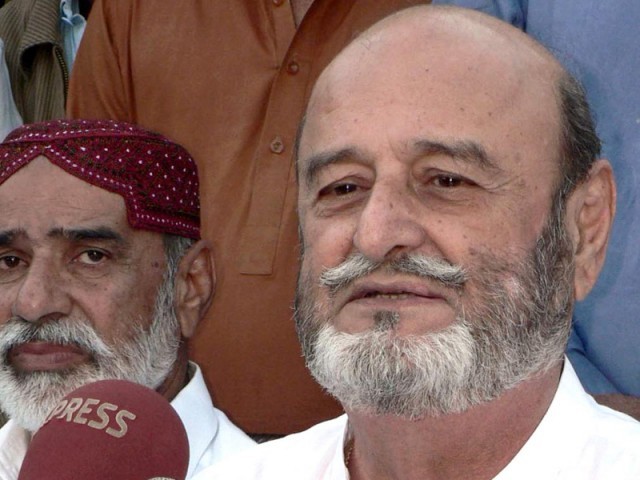 Mumtaz Bhutto is a prejudiced person who believes in playing ethnic cards whenever it fits him. Look at his lifestyle and then see who's talking about peasants of rural Sindh.

We might have differences with MQM but it's also a reality that Urban and Rural Sindh are poles apart when it comes to literacy rate, demographics and quality of life. Sindh may or may not get split depending upon how gaps between Sindhis and Urdu Speakings evolve, plus how rural Sindh transforms politically, socially and educationally.

Keep Mumtaz away after Jawed Hashmi's experience since this guy is even worse than Hashmi....look how he changed parties throughout his career. Moreover, one needs to see what (Late) Benazir Bhutto had also said and written about him in order to realize the true nature of this person.
You must log in or register to reply here.
Share:
Facebook Twitter Reddit WhatsApp Email Share Link
Sponsored Link