KARACHI: Inflow of dollars in the domestic market has dropped by 40-50 per cent during the month but the currency dealers were not able to identify its exact cause.

With the exchange rate largely stable of late, the attraction of dollar business in the country has drastically fell as currency dealers said they were depositing over 90pc of surplus with the banks.

“The inflow of dollars in the open currency market across the country was about $300 million a month earlier, but is now in the range of $150-200m,” said Forex Association of Pakistan President Malik Bostan.

For him it was difficult to ascertain the precise reason for this decline in inflows but he was of the view that currency business has lost attraction particularly for individual sellers and buyers.

“These days the trading is dominated by sellers while the buyers are rare. I believe the former comprise 90pc of the market while on an average only 10pc come to buy,” he said.

The currency dealers said they deposit dollars in the banks, which created a surplus in an interbank market that’s already receiving higher inflows. At the same time, outflow has also dropped thanks to the massive plunge in import bill.

“One of the main reasons for this waning attraction towards the currency business is the exchange rate stability. For more than two months, the rate remained within the range of Rs154-155,” said Exchange Companies Association of Pakistan’s former secretary general Zafar Paracha.

He said banks are offering much better returns to depositors, which reduces the desirability of keeping dollars as safe assets by the general public.

“Banks’ attraction for higher returns has eroded dollars’ saving by households from Pakistan. Now the flow of greenback from the open market to banks has created higher liquidity in interbank and helped the SBP achieve exchange rate stability,” said Paracha.

State Bank Governor Reza Baqir recently stressed the need for exchange rate stability, which is the key to managing economic affairs particularly at the external front.

The exchange rate stability has been achieved after drastic cuts in the import bill, increase in foreign exchange reserves with the aid of multiple sources — both bilateral and multilateral — and a shift in policy to bring down the current account deficit to zero.

Currency experts believe the exchange rate would remain stable as long as outflow of dollars from the country remains within the capacity. The country’s total reserves currently stand at $18.27 billion, while those of State Bank amount to $11.7bn and commercial banks’ $6.5bn. This reflects, at best, a bare minimum cover and a limited ability to buffer against any untoward incident on local or international level.

Remittances, another major source of dollars, have also provided exchange rate the much-needed stability. Inflows from overseas workers in the first half of ongoing fiscal year edged up 3.31 per cent to $11.394 billion, as compared to $11.03bn in the corresponding period of 2018-19. 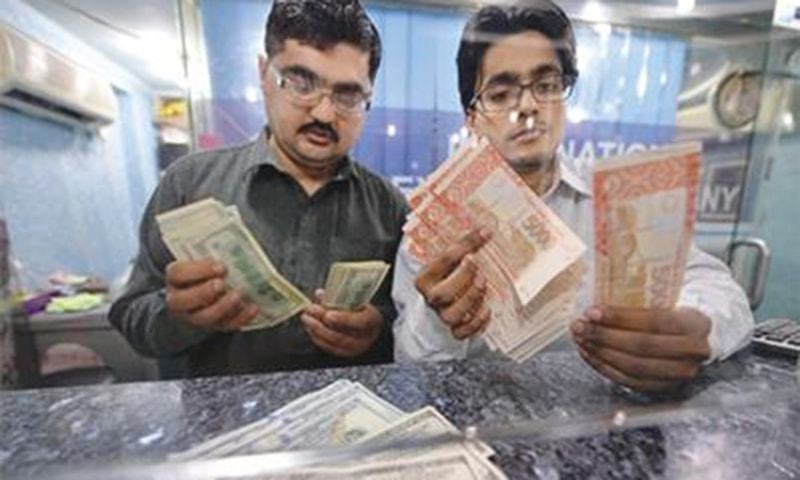 With the exchange rate largely stable of late, the attraction of dollar business in the country has drastically fallen.
www.dawn.com
Advertisement
P

This used to be the biggest platform for money laundering and Also a vehicle for currency Speculation. Look what’s happening to them now. That’s called reform.

Staff member
Things are surely heading towards the right direction!
You must log in or register to reply here.
Sponsored Link