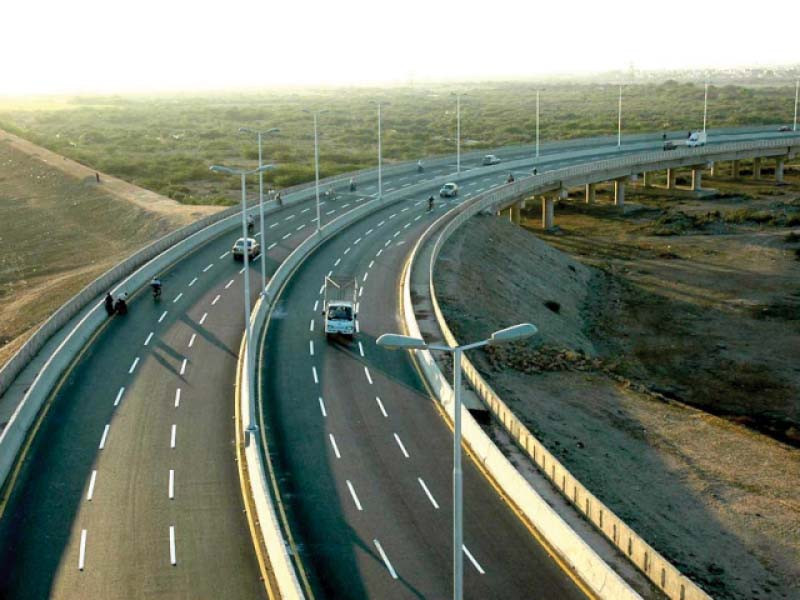 ISLAMABAD:
The federal government is considering collecting double toll tax on motorways used by single-driver cars to mitigate the energy crisis and the impact of higher fuel prices.

It is also mulling over a plan under which vehicles may ply roads on alternative days based on odd and even number plates.

The cabinet, in a recent meeting, decided that Prime Minister Shehbaz Sharif would constitute a committee to discuss those proposals for energy conservation.

According to the proposed plan, the provincial governments will be asked to issue a notification for mandatory biannual tuning and inspection of motor vehicles.

It was further proposed that the provincial agriculture departments would develop programmes and provide training to the technical staff of the field engineering wing for assisting farmers in tractor tuning.

Another proposal was that Sunday should be declared as a vehicle-free day in big cities and a daylight saving programme should be adopted by moving the clock ahead.

The committee will also consider other proposals like lowering the speed limit on motorways/ highways and doubling the toll tax on motorways for single-driver cars.

The Power Division briefed the cabinet that the prime minister had convened a meeting on June 4 to discuss the current energy crisis and potential measures to mitigate the shortage. Various proposals were submitted by the power secretary.

The working group had been tasked to deliberate further energy conservation measures and firm up definite proposals.

The working group recommended certain proposals, but most of them were either difficult to implement or did not offer sufficient benefits.

The group proposed a five-day work week under which Saturday would be declared as a holiday. It may be announced immediately.

It proposed 33% reduction in petrol and diesel quota for government officials. However, the reduction will not be applicable to the operational vehicles of the government, eg ambulances, municipality and police vehicles.

It recommended switching off street/ public lights in coordination with the provincial/ municipal authorities. It also called for early closure of commercial markets and marriage halls but exempted cafes, restaurants and pharmacies.

The working group considered some other measures as well but did not seek its approval.

It considered Sunday as a vehicle-free day in big cities, daylight savings by moving the clock ahead and lowering speed limits on motorways/ highways.

It considered double toll tax on motorways for single-driver cars and allowing vehicles to run on roads on alternative days (on odd and even number basis).

During discussion, the cabinet was informed that switching back to a five-day work week would translate into savings of $386 million annually.

Some cabinet members even suggested that Friday should be declared as a half day since practically no tangible work was being done in the offices after Friday prayers.

On the proposal of work from home for one day in a week, it was suggested that it should be further deliberated by a cabinet committee along with proposals for biannual mandatory tuning of vehicles and assisting farmers in tractor tuning, which required consultation with the provincial governments.

Regarding early closure of markets, there were two viewpoints. Some cabinet members advocated prior consultation with the trader and retailer associations, while others favoured approval of the proposal as the cabinet should provide the leadership in these difficult and testing times.

The prime minister decided to discuss the matter with the chief ministers of provinces.

The cabinet considered a summary titled “Energy conservation measures”, submitted by the Power Division, and approved the proposal of five-day work week for the conservation of energy. It reduced the fuel quota for government officials by 40% and agreed on switching off alternative street/ public lights and behavioural change for energy efficiency and conservation.

Imran Khan does not need to come out on the streets. The general public will drag these bastards to the streets.
A