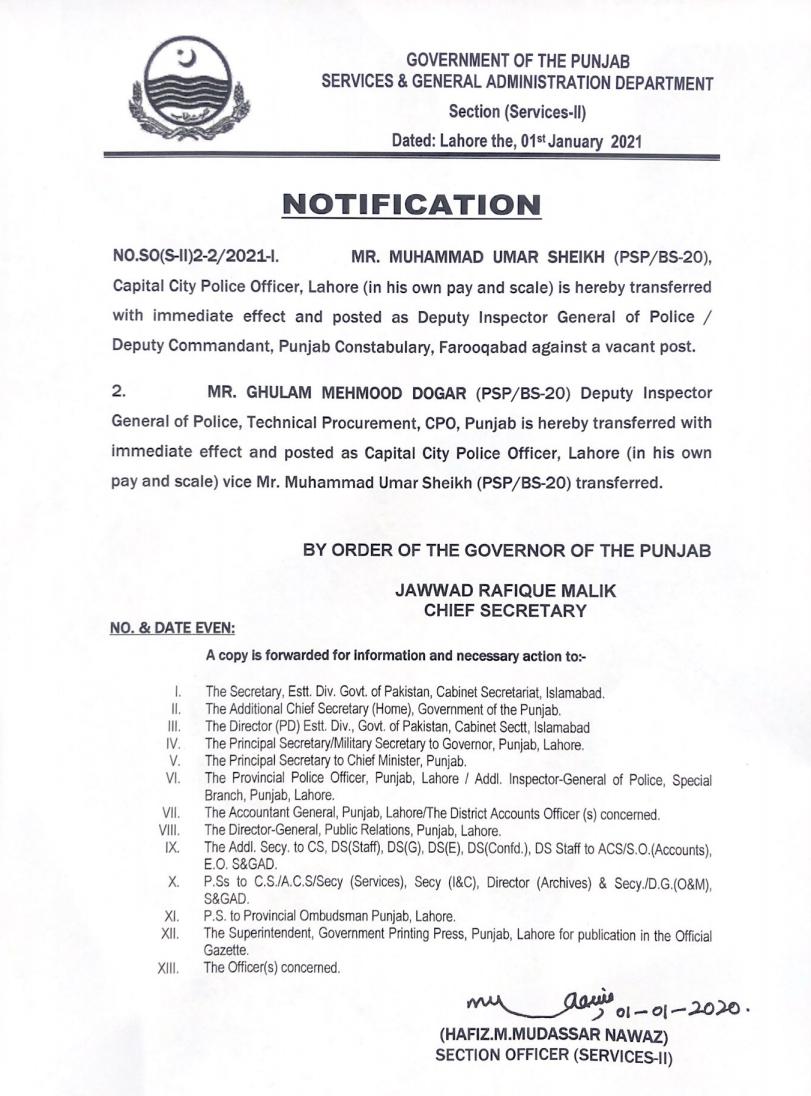 I'm pretty sure he has been transferred by the instruction of LOHAAR HIGH COURT (a group of pricks).

Cursed is this system

Where every 'important' person is replaced with an 'impotent' person.
B

Res1Pect said:
Cursed is this system

Where every 'important' person is replaced with an 'impotent' person.
Click to expand...

Welcome to Naya Pakistan
I

Let’s see what khan mureeds say this time, till yesterday they were praising this ccpo

buzdar Niazi or Nawaz sharif responsible for removal of this youths brilliant officer ?

In this Naya Pakistan, at least Omer Sheikh like person got appointed in Lahore as CCPO. In the OLD PAKISTAN of Noora Nawaz and Zardari, there was no chance of a good person being appointed anywhere in the country.
H

buzdar is new symbol of corruption in Lahore
H

WTF the person who tries to improve the situation is transferred or removed. The media speaking against the guy is a testimony that he was on the right path. Na-ehal khota buzdar has made Punjab a joke. They are unable to reform police and have made LWMC dysfunctional and lahore is now poured in garbage
H

I have started hating the ineptness of this government.
H

What the fuuck
P

Few reasons why mafia and LHC not happy with CCPO

- Poor in Pakistan are not taken care of, powerful however are cared by the system. Youtube link
- A criminal arrested 19 times released by courts, Youtube link
- CCPO wanted to go against drug dealers next Youtube link

To me this decision came as Govt. seeing his disqualification from Lahore High court on defamation case