According to details, the UN secretary-general has underscored the need for respecting human rights in Indian Occupied Kashmir which is under repressive lockdown for over six weeks now.

Responding to a question during press conference marking the start of the General Assembly’s 74th session, he said he would continue to advocate for the peaceful settlement of the decades-old Kashmir dispute.

He also urged India and Pakistan to find a solution to the grave crisis through dialogue.

On the other hand, curfew and communications blackout have continued for the 46th consecutive day in occupied Kashmir with all shops and business establishments closed and schools without attendance.

Due to the ongoing military clampdown, the people of the Kashmir valley are facing acute shortage of basic essentials including food, milk and life-saving drugs.

Under the prevailing circumstances, the local newspapers find it difficult to hit the stands, while they couldn’t update their online editions.

Meanwhile, international media reported that screams of people are often heard from Indian army camps in occupied Kashmir at night, as troops pick up youth from villages and torture them. 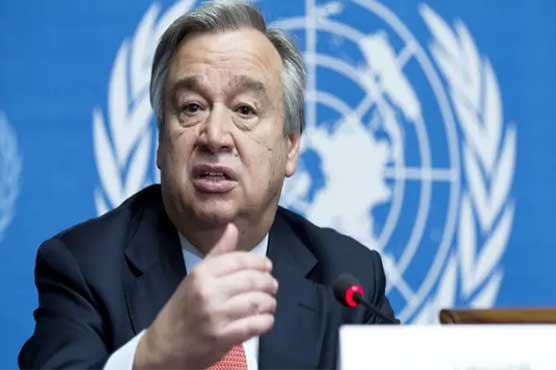 F off, UN is the MOST USELESS ORGANISATION! Period. I remember the serbian massacre of Muslims in Bosnia in the 90's. that is in a space of 50 years after the Nazi concentration camps. we saw concentrations camps in europe again!

Where was the UN then? So these mediations are nothing more than attempts to waste time.

Your Thread title chosen is:
"UN once again offers to mediate Kashmir issue"
But in detail, not once the secretary general has said this. He is quoted to have said:
"he said he would continue to advocate for the peaceful settlement of the decades-old Kashmir dispute."

"He also urged India and Pakistan to find a solution to the grave crisis through dialogue."

I would urge you not to choose misleading thread titles in future, PLEASE.
G

Why doesn't he mention or refers to the UN resolutions...