The historic speech in early August marked somewhat of a coming-out party for Shah. Long known as one of India’s most successful political strategists behind the scenes, he’s now taking a higher profile in advancing an agenda long held by Modi’s ruling Bharatiya Janata Party to elevate the interests of Hindus who comprise about 80% of the country’s 1.3 billion people.


The moves are designed to keep the BJP in power for decades to come by attempting to create a unified Hindu identity in a nation traditionally divided by caste—a development that risks fundamentally altering the character of India’s secular democracy. If successful, they could pave the way for the 55-year-old Shah to one day take over from Modi, 69, as India’s prime minister.

“When Modi is finally ready to step down, Shah will clearly be a top candidate to be his successor,” said Michael Kugelman, senior associate for South Asia at the Woodrow Wilson Center in Washington who has closely researched India’s politics over the past decade. “He is deeply loyal to the party, happens to be close to it most powerful figure, and harbors views that are in close alignment with the BJP’s current zeitgeist.”

Shah’s rise from a lowly party worker who hung campaign posters to home minister—considered India’s second-most important job—has been closely intertwined with Modi’s own climb to the top. The two men first crossed paths in the mid-1980s in the western state of Gujarat, where they were members of the Rashtriya Swayamsevak Sangh, a right-wing Hindu organization that grooms talent for the BJP.

After Modi became Gujarat’s leader in 2001, Shah was put in charge of the state’s security apparatus. Federal investigators under a government run by the Congress party—the BJP’s main opponent—later charged him with running an extortion racket and ordering three murders.

While Shah denied wrongdoing, he was forced to resign in 2010, briefly spent time in prison and was banned from Gujarat. Still, Modi saw him as crucial to winning the 2014 election and put him in charge of the BJP’s campaign in Uttar Pradesh, India’s most populous state.

The party ended up winning 71 of 80 seats in the state, its highest total ever, propelling Modi to victory with the biggest margin in India in three decades. The win cemented Shah’s reputation as a political mastermind and he was soon appointed as the BJP’s president, the top job in its internal hierarchy.

Months after the BJP won the election, a court threw out the charges against Shah, calling them politically motivated. The entire episode strengthened his resolve to decimate the Congress party, which has accused both him and Modi of abusing power, spreading hatred, deliberately weakening institutions and undermining human rights.


Palaniappan Chidambaram, a top Congress party member who was instrumental in having Shah jailed, was arrested in August on corruption charges and has been in prison ever since.

“They are able to take steps as they wish because they don’t follow rules, have no respect for democracy, and are not even afraid of God,” said Nishit Vyas, a Congress leader in Gandhinagar, the capital of Gujarat. “Modi is the face and Shah is clearly the brain behind it all.”

Within the BJP, Shah is widely respected and feared: Party members rarely discuss Shah openly with reporters. His office didn’t reply to a written interview request.

Shah, who has never lost an election and was also instrumental in the BJP’s latest victory in May, is known for doing his own independent political research that can make him better informed than local leaders.

During one state assembly election last April, BJP workers discovered that he had deployed a private team working outside of the party hierarchy to gather information, formulate a strategy, identify key candidates and execute on the campaign, said two people familiar with the matter who asked not to be identified. It ended up helping the party gain more seats, they said.

“He is extremely decisive, has the capacity to take quick decisions and assess scenarios very well,” said Anirban Ganguly, a BJP member who wrote a political biography of Shah and has spent time with him. “He never leaves loose ends.”


That meticulous attention to detail went into the decision to revoke Kashmir’s autonomy. While preparations for the move started in at least January, they picked up steam when Shah took over as home minister on June 1, according to two people familiar with the matter who asked not to be identified.

Unbeknownst to lawmakers in Delhi, Shah devised a plan to send more troops to the territory, detain local elected leaders, shut down phone and internet communications, and curtail the movement of some seven million people in the Kashmir valley. Three months later, India still hasn’t fully removed the restrictions.

Shah has spearheaded other moves to please the Hindu base, often using inflammatory language. At a campaign rally in September last year, he called Muslim immigrants living in India illegally “termites” who were “taking our jobs.”

He promised parliament earlier this month to implement a BJP campaign promise to establish a nationwide registry of citizens—similar to one he installed this year in the northeastern state of Assam—in order to weed out illegal Muslim migrants. He’s also the main voice behind the BJP’s push to amend India’s citizenship laws to grant nationality to only non-Muslim migrants from neighboring countries.

Shah’s association with anti-Muslim rhetoric will hurt him with regional countries and the wider world, according to Alexander Sehmer, director of geopolitical intelligence at Falanx Assynt, which advises companies around the globe.

“Shah does not have a particularly high political profile in the West,” Sehmer said. “But his notoriety will rise as he takes on a greater role in government.”


A cut-out of Amit Shah in a store selling election merchandise in New Delhi, Feb. 2019.

Next on Shah’s agenda may be building a temple to the Hindu god Ram in the northern city of Ayodhya and a uniform civil code for all religions. The Supreme Court ruled earlier this month in favor of Hindus in India’s most explosive religious dispute, though the government has yet to take action.

In recent weeks, Shah has been back on the campaign trail. Ahead of an election in the eastern state of Jharkhand that starts Saturday, he was quoted as saying the BJP would return with a “thumping majority.”

Shah will likely be the one to announce any more moves related to Hindu nationalism while Modi stays above the fray, focusing on economic reforms and acting as a statesman on the world stage. But within the BJP, there is no doubt that they speak with one voice.

“After the prime minster, he is the final authority,” said Satya Pal Singh, a lawmaker from BJP and former minister in Modi’s government. “If something comes from Amit Shah, it should be carried out. We all know this.” 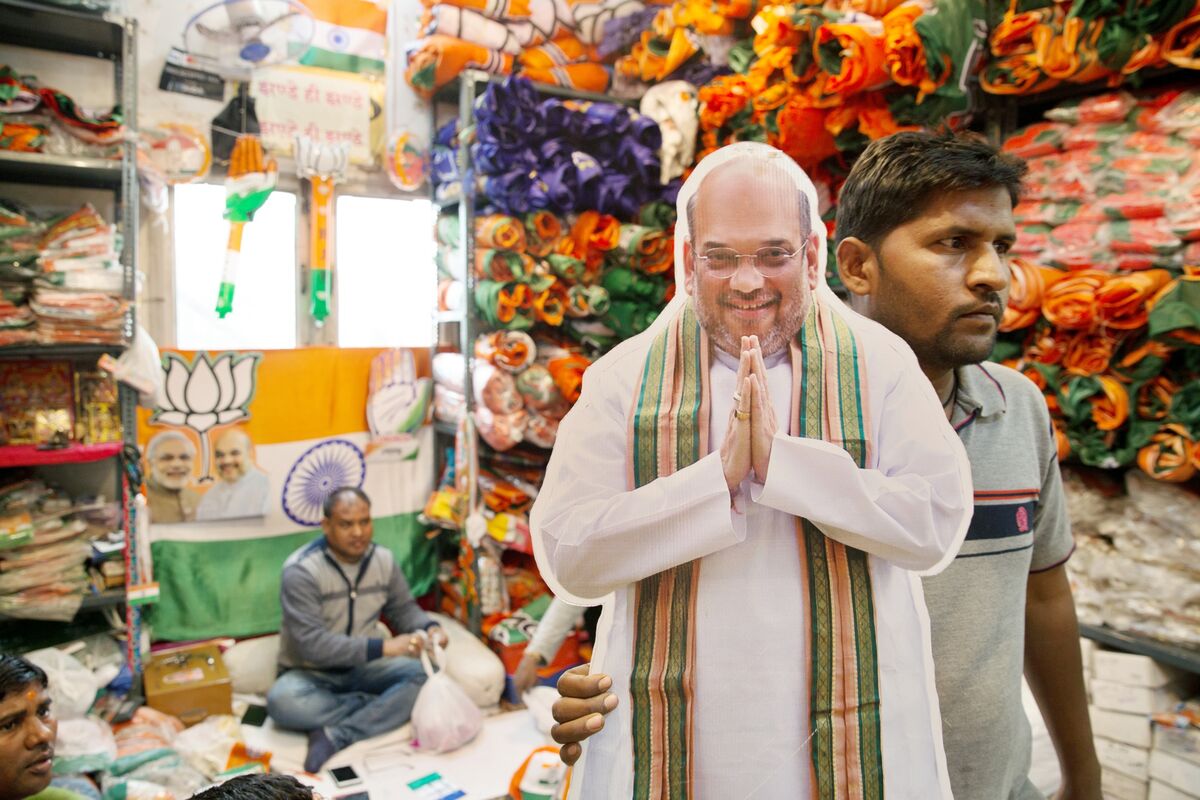 The Man Stoking Nationalism in India Could Succeed Modi One Day

Modi and Amit's doctrine is quite simple...India is for hindus only....The rest should get the hell out or they will be thrown out....Rok saktay ho to Rok lo. ?

this is conspiracy against india .

Saboo said:
Modi and Amit's doctrine is quite simple...India is for hindus only....The rest should get the hell out or they will be thrown out....Rok saktay ho to Rok lo. ?
Click to expand...

what is wrong ?
if muslim can have own muslim land why not hindus have hindu country ? jinnah ?
though hindus and christians are secular people . muslims are always on jehad drive .

RAW AGENT said:
what is wrong ?
if muslim can have own muslim land why not hindus have hindu country ? jinnah ?
though hindus and christians are secular people . muslims are always on jehad drive .
Click to expand...

Fcuk you Raw baby! Always coming up with some stupid argument?
If hindus are secular and India a secular country then why India is trying to get rid of people based on religion?...specially muslims.....when even your constitution gives gives them equal rights as hindus?
Yes Pakistan is an islamic country but we have no such plans to throw people of other religions out? They are all living here in peace and harmony.

RAW AGENT said:
this is conspiracy against india .
Click to expand...

Haha the way Modi and Co are going, screwing up India, no other conspiracy is needed.
Economy is going down the drain, production gone down, , many losing jobs, government say have no money, even banks going bankrupt, credit rating gone to minus....
All these reports from your own economists. which you cant' deny.