Five trucks full of Saudi Crown Prince Mohammed bin Salman's personal amenities have reached Islamabad ahead of his two-day visit to Pakistan, a source within the Saudi Embassy told DawnNewsTV on Monday. 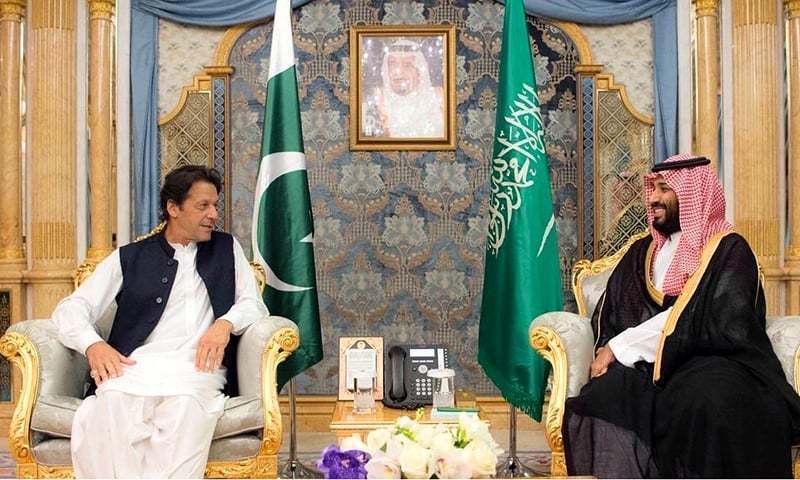 Prince Salman is expected to arrive in Pakistan this week, although an exact date of his arrival has not yet been disclosed.

While the prince himself is expected to stay at the Prime Minister House, two of the top hotels in Islamabad have been booked fully for members of his staff, while two others have been partially booked.

The prince's exercise equipment, furniture and other personal belongings have reached Islamabad, while his security team and Saudi media representatives have also arrived in the capital ahead of his visit.

This will be the crown prince's first-ever visit to Pakistan. He is arriving here as a result of an invitation extended to him by Prime Minister Imran Khan.

Officials from both countries previously confirmed to AFP that a number of deals are expected to be signed during the visit.

Riyadh and Islamabad, decades-old allies, have been involved for months in talks to hammer out details of the deals in time for the high-profile visit.

At the heart of the investment is a reported $10 billion refinery and oil complex in the strategic Gwadar Port on the Arabian Sea, the ultimate destination for the massive multi-billion dollar China-Pakistan Economic Corridor, which lies not far from the Indo-Iranian port of Chabahar.

"The outcome of the talks so far has been very positive and this is going to be one of the biggest-ever Saudi investments in Pakistan," a senior finance ministry official earlier told AFP.
Source

Hopefully, the investment in oil refinery will save billions of dollars annually for Pakistan by cutting the operational cost of the Oil.

After such a long time finally starting to feel that Pakistan is not living in isolation on the world stage.
And also at least these arabs pay for all their own allalay tallalays
K