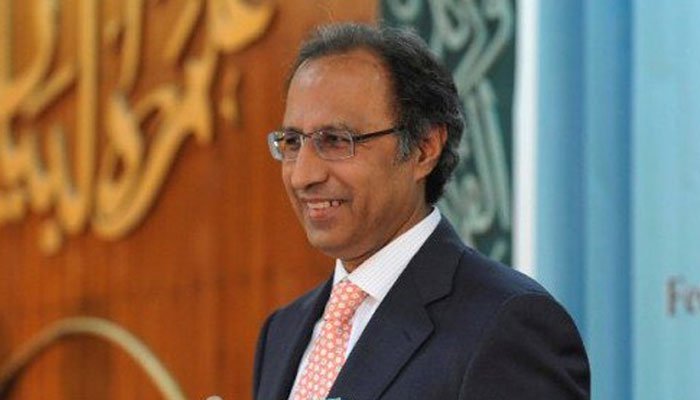 ISLAMABAD: Advisor to Prime Minister on Finance Dr Abdul Hafeez Sheikh on Saturday said the Pakistani government cannot go public with the agreement with the International Monetary Funds (IMF) until the board approves.

The finance advisor in his press conference along with federal ministers and FBR chairman said that the financial situation was devastating when the government took charge adding that the exports were falling while the debts shot up to Rs 31,000 billion.

Dr Sheikh said those criticising the IMF agreement have vested interests. "There always some basic requirements to take IMF loans. The situation will be better in the coming days. The next six to eight months will seek stability and after that, there will be progress. We will end circular debt by 2020."

The IMF loan has been taken on 3.2 per cent interest, and in coming days we will get up to $3 billion from Asian Development Bank and World Bank, the financial advisor said.

Dr Sheikh further said, the Pakistan Stock Exchange is performing well with every passing day and in the coming budget, every institution will launch a cost-cutting campaign. "The civilian and army administration are on the same page for this campaign," he added.

Source
Advertisement
You must log in or register to reply here.
Sponsored Link