US agrees to help Pakistan reach accord with IMF: report

Amid deadlock over certain conditions set by the International Monetary Fund (IMF) to revive the $6 billion loan programme, Washington has “agreed” to help Islamabad to negotiate a deal with the lender, according to a Daily Daily report published Monday.

The development comes after reports that senior Pakistani functionaries held a meeting with the US envoy in Islamabad last week.

The talks with the IMF have not borne fruit despite the government’s tough decision to remove subsidies on petroleum products and the Fund is still insisting on doing more knowingly that Islamabad has turned into a ‘desperate borrower’ mainly owing to the depletion of foreign currency reserves.

Top official sources confirmed to The News on Friday that the IMF staff had not yet shared the first draft of the Memorandum of Financial and Economic Policies (MEFP) with Pakistani authorities which is a prerequisite for moving towards the signing of the staff-level agreement as it provides the basis of a framework on which both sides evolve consensus.

According to the report, Finance Minister Miftah Ismail and State Minister for Finance Aisha Ghaus Pasha held a meeting with the US ambassador on Thursday in this regard.

The publication had stated that it would not be sufficient as Islamabad would have to establish ‘contacts’ with the US Treasury high-ups to muster up the required support after evolving a consensus on the framework on the basis of which both sides could make progress for signing MEFP document.

“Without broader agreement on the basis of framework, no one could help Pakistan,” said the official and cited an example that when the framework was agreed upon, only then Washington’s help could be sought on one or two critical outstanding issues between the two sides.

They were of the view that in the past if both sides could not evolve a consensus on the exact parity of exchange rate, then the influence of key countries such as the US or EU could be sought.

Being the largest shareholder, Washington holds significant influence over the IMF.

The outstanding issues between the two sides included revised rates on Personal Income Tax (PIT) for salaried class, projection of petroleum levy to the tune of Rs750 billion, working out of power sector subsidies as well as Utility Stores Corporation (USC) subsidies for the next budget. 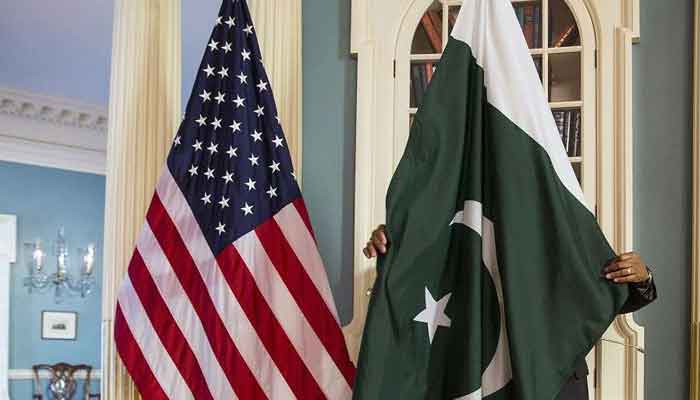 US agrees to help Pakistan reach accord with IMF: report

KARACHI: Amid deadlock over certain conditions set by the International Monetary Fund to revive the $6 billion loan programme, Washington has “agreed” to help Islamabad to negotiate a...

The NEWS has done many similar fake stories regarding Mifta Vist to IMF, Saudi/UAE visit and Chinese debt rollover. Non of those stories materialized.

I think this one is fake news as well.
A

US will throw a few bones at the imported beggars but in crucial matters US will never help them.US is using them as a tool to achieve it’s goals in the region.US will not support Pakistan when it comes to disputes between India and Pakistan.

Pakistanis should Know their enemy, it’s not Americans, it’s Bajwa, Americans are zero without Bajwa.

Shameless puppet beggars can't even negotiate something on their own without their masters.