PTI must file a case to probe ISI former heads is PMLN is not going to court. It looks like now PMLN etal are trying to defame military as they are the only one resist these corrupts.
O

1. Massive missing of form 15 from the bags, which is the requisite document to prepare election result

3. Broken seals of a large numbers of election bags

4. Stuffing of garbage and dirt in the election bags

5. Non availability of voter lists in large number of bags, which is essential to verify, how many votes were polled

Let's see what is defined by the word Organized in English language:

Now can anyone explain that all the above noted so-called irregularities can be carried out without any of the above meanings of "Organized" or it is just happened without the knowledge of concerned quarters?

It is oblivious that all of the above was planned, prepared and controlled to get desired result.

But our blind judiciary can't see these simple things, as they don't want to expose the corrupt Maffias in Judicary (Returning Officers), who were main part and parcel of this massive "Organized Rigging"

Let's continue to expose these elements together and get rid of this corrupt system and strive for the establishment of Dean Islam, which is the only way of survival of mankind. Ameen.
M

What ever Waseem Akhter is saying 100% true, but according to Pakistan Constitution he is Urdu speaking so he is100% wrong.
Like Trial under article 6-A for Musharraf 100% right
But trial of abettors 6-B 100% wrong because abettors are not Urdu Speaking.
Reason Why full speed Trial is in Khadda Line.
A strong Amendment required Article 6-C Traitors and Abettors must be Urdu Speaking.
A 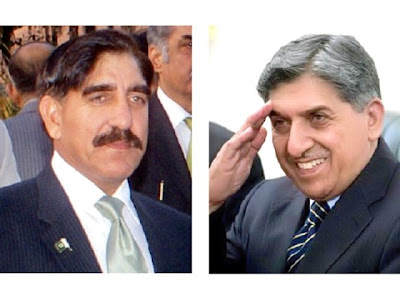