Scalpel in the back: How hospital buried evidence that could clear surgeon jailed over patient's death after 40-year 'exemplary' career


Britain's biggest private healthcare firm concealed an internal report that identified ‘systemic failings’ at one of its hospitals where a patient died after a routine knee operation, a Mail on Sunday investigation can reveal.
The hospital’s owner, BMI Healthcare, heaped blame for the death of a retired builder on one of its surgeons, David Sellu. He was convicted at the Old Bailey of gross negligence manslaughter and jailed for two and a half years, ending a 40-year career described by colleagues as ‘exemplary’.
James Hughes had complained of stomach pains after the operation and died just over a week later of cardiac arrest following a ruptured bowel while he was under the care of Mr Sellu.
The Root Cause Analysis (RCA) report ordered by BMI into what went wrong was hidden from Mr Sellu’s trial in 2013. Documents obtained by this newspaper reveal that BMI executives not only read the report, but were taking advice from the firm’s lawyers on its ‘status’. 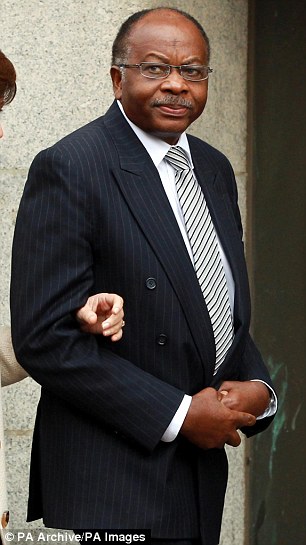 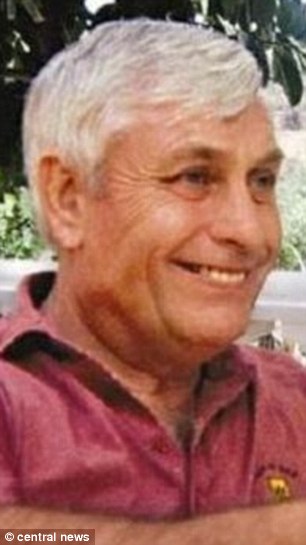 Last night, Peter McDonald, a senior colorectal consultant at London’s world famous St Mark’s Hospital, told this newspaper in an exclusive interview that he considers BMI made Mr Sellu a ‘scapegoat’ for the broader failings at the Clementine Churchill Hospital in North-West London.


Mr McDonald has worked part-time at the hospital for years and knew Mr Sellu, a colorectal specialist, well.
‘I regarded him as a safe, reliable colleague with an excellent record,’ he said.
‘David Sellu was unfairly treated. The hospital appeared to place all the blame on to him, perhaps to protect its commercial position. Mr Hughes died through a combination of errors by a lot of people and errors in the system, and the hospital failed to acknowledge that.’
Now 68, Mr Sellu was released on parole after 15 months and will seek to reopen his case at a Court of Appeal hearing in September.

This newspaper’s investigation has revealed that: 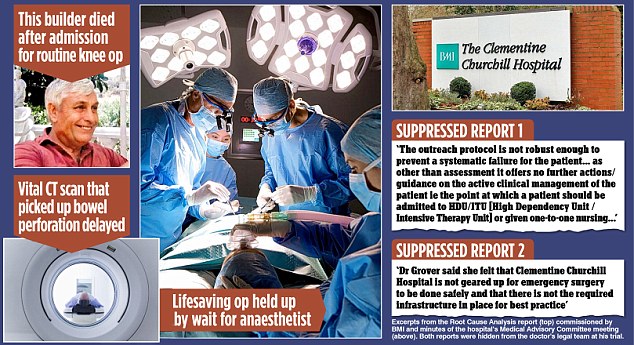 Mr Hughes, 66, from Northern Ireland, had a knee replacement operation on February 5, 2010, at the Clementine Churchill. He developed a minor urinary tract infection but otherwise all seemed well. However, early on February 11 he woke up with severe pain in his abdomen that steadily increased. He was seen by the hospital’s resident medical officer, Dr Tsvetan Georgiev, a locum from Bulgaria.


According to the RCA report, he prescribed a muscle relaxant in the belief that Mr Hughes was suffering from cramp. In fact he had a perforated bowel – a life-threatening condition unconnected with his knee operation. Yet no one on the ward seems to have realised his condition was becoming extremely serious.
Mr Hughes eventually made a phone call from his bed in an effort to contact John Hollingdale, the surgeon who had operated on his knee. He was working on NHS patients at the Central Middlesex Hospital several miles away.
The RCA report says Mr Hughes told Mr Hollingdale’s secretary ‘that he had been in pain since early morning and that he was concerned that nothing was being done. He also informed her his symptoms were getting worse’.
Mr Hollingdale visited Mr Hughes that afternoon and recommended an abdominal X-ray. According to the RCA report, this was not done for several hours.

I regarded him as a safe, reliable colleague with an excellent record
Peter McDonald


Mr Hollingdale referred the patient to Mr Sellu, who like Mr Hollingdale, did private part-time work at the Clementine Churchill.
Mr Sellu saw Mr Hughes at about 9pm. By now the X-ray had been done. Mr Sellu thought there might be gas in the patient’s abdomen – evidence of a possible perforated bowel. He believed Mr Hughes needed to be stabilised before he could operate and ordered a CT scan for first thing the next day, marking his request ‘urgent’.
The scan, which confirmed and located the perforation, was not taken until 11.30am on February 12 because routine scans for other patients were done first.

NHS and private hospitals are supposed to have clear protocols for assessing and treating patients who become seriously ill unexpectedly, so cases can be ‘escalated’. One crucial element is half-hourly monitoring by nursing staff.
Hospitals are also required to have an intensive care unit ‘outreach’ system, so that if patients fall dangerously ill they can be moved to receive the care they need – without any need to involve a consultant such as Mr Sellu.
But the RCA report states that these systems were not functioning as they should. For six hours from 8am until 2pm on February 12, Mr Hughes was not monitored.

The report says: ‘The outreach protocol is not robust enough to prevent a systemic failure for the patient that requires critical care.’ It added that the hospital’s nurses were ‘weak’ at sticking to the monitoring and outreach systems.
After seeing the CT scan, Mr Sellu booked an operating theatre for that evening. Later he would be blamed for failing to act with greater urgency. But the RCA report says the pre-operative report prepared by nursing staff ‘failed to capture the physiological picture… little or no risk of deterioration was identified’. 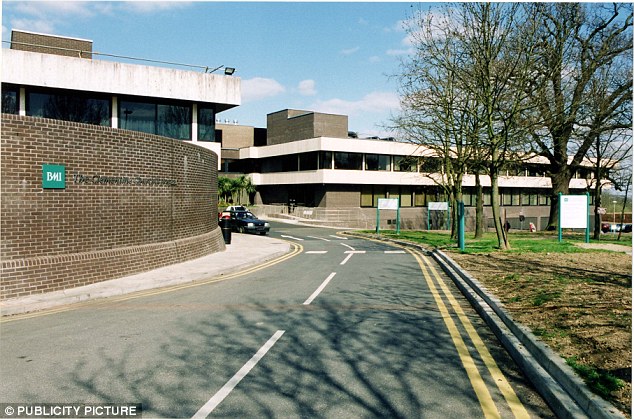 
Peter McDonald, a senior colorectal consultant says BMI made Mr Sellu a ‘scapegoat’ for the broader failings at the Clementine Churchill Hospital in North-West London, pictured

Mr Sellu had planned to start the operation at 7pm but the anaesthetist he had lined up was busy with another operation. At 10.15pm there was a further delay because Mr Hughes was in septic shock and had to be stabilised. The operation began at 1.20am on February 13 and lasted three hours. Mr Hughes’s abdominal cavity was severely infected. He was certified dead at 2.39pm the next day.
The RCA report was the work of four senior staff, led by the hospital’s executive director, Jan Hale. The version obtained by this newspaper was contained in a computer file entitled ‘RCA Report Mr Hughes – Final.doc’. On March 18 it was sent in that form attached to an email from BMI’s then clinical governance director, Gail Webster, to Professor Duncan Empey, the firm’s ‘responsible officer’.
In another email, Ms Webster said she planned to ‘check with legal on the status of the root cause analysis’. But in July 2010, Professor Empey and a colleague issued a further report that strongly criticised Mr Sellu. BMI suspended him.
The minutes of the Clementine Churchill Medical Advisory Committee meeting on September 23 show that Mr Sellu’s colleagues were appalled. They voted unanimously to reinstate him – a decision BMI ignored. One doctor warned the hospital was ‘not geared up for emergency surgery to be done safely’.
The minutes add that another consultant proposed that ‘all emergency surgery at Clementine Churchill Hospital should cease… The committee voted unanimously that it did not feel the hospital is safe to perform emergency surgery’.


Neither the RCA report nor the minutes were shown to the inquest in October 2010. It was halted when the coroner ordered the police to investigate Mr Sellu. He was charged and two years later stood trial. Again, the RCA report and minutes were kept hidden. But the judge did see Professor Empey’s much more critical report, which had triggered Mr Sellu’s suspension, and cited it in his summing up. This referred in passing to the RCA, but stated that it was ‘not available’.


It is not known if this was ever followed up with a request for disclosure of the report. The thrust of the prosecution case was that Mr Sellu was principally responsible for all aspects of Mr Hughes’s care, should have realised how ill he was and acted more urgently. For example, he should have insisted the hospital find him an anaesthetist.
However, David Melville, a colorectal consultant at St George’s Hospital in South-West London, said yesterday: ‘It’s highly unlikely you’ll find someone who would agree at short notice to assist with a high-risk patient needing emergency surgery in the private sector.’
BMI owns 70 private hospitals, earning almost 1 billion last year, and treats thousands of patients referred from the NHS. The Mail on Sunday asked BMI for its response on Friday morning, but yesterday a spokesman said he could not comment on the RCA report unless we sent our copy of the document to the firm – which might have jeopardised our source.
David's career and livelihood have been destroyed
Catherine Sellu


The spokesman said: ‘We always do, and did in this case, co-operate fully with all relevant authorities, and no charges were subsequently levelled against the hospital. If The Mail on Sunday are asking us to comment on documents they will not show us and which could affect ongoing legal proceedings, for obvious reasons we cannot.’
He added there was ‘no need’ for an emergency anaesthetist at the Clementine Churchill. When necessary, patients could be transferred to NHS hospitals.
However, the day after Mr Sellu was convicted, executive director Jan Hale sent an email – seen by this newspaper – to all consultants, saying she had been advised by the medical committee to introduce an on-call anaesthetists’ rota as ‘a priority’ and was taking steps to do so.

Mr Sellu is forbidden from commenting under the terms of his parole. His wife Catherine said yesterday: ‘David was devastated at the outcome and has analysed everything he did a thousand times and what he might have done differently. There were clearly a number of factors that led to this tragedy, and many were outside his control.
‘David’s career and livelihood have been destroyed and his reputation demolished. He gave over 40 years to helping others but all those decades of work and an unblemished career seem to count for nothing.’