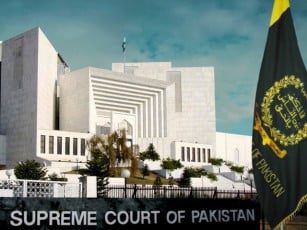 A constitutional petition has been filed in the Supreme Court, seeking direction to the prime minister for holding referendum about the establishment of presidential form of government in Pakistan.

The petitioner seeks direction from the apex court to the Prime Minister of Pakistan to hold a referendum, as provided under the Clause 6 of the Article 48 of the Constitution to determine whether the people of Pakistan for their welfare and wellbeing want Presidential form of government or not.

The petition states that it is apparent from the print, electronic and social media that an overwhelming majority of the people are fed up with the parliamentary form of government and want to adopt the presidential form of government.

It is stated that currently Pakistan is the sixth most populous country in the world with an estimated population of 212 million people. According to the United Nations’ observations, this population is estimated to reach 403 million by 2050, the petition stated.

Pakistan has also one of the world’s largest youth population, as 64% of the Pakistanis are now under the age of 30. Pakistan is ranked as 122nd out of 190 countries in the world in the opinion of World Health Organisation’s performance report in terms of quality and accessibility of health care, it adds.

The petitioner states that this growing population will put catastrophic pressures on resources, leaving tens of millions of people jobless. This trend will further almost inevitably lead to further destabilisation of Pakistan’s already fragile political system.

As of March 2020, the petition states, public debt of Pakistan was estimated at about Rs42.8 trillion or $256 billion, which is 98.2% of the country’s gross domestic product (GDP), while the external debt stood at around $112 billion. Pakistan owes $5.765 billion to International Monetary Fund (IMF).

No doubt, 25% of Pakistan’s population lives below the poverty line. At present, the average human development index (HDI) and the GDP are the lowest as compared to other South Asian countries like India, Bangladesh, Sri Lanka, Nepal and Bhutan, says the petition.

This poor condition of masses of Pakistan directly reflects upon the system of the government in Pakistan and it has been established that the parliamentary system of governance in the country has utterly failed, the petition contends.

Likewise, the petition adds, “in our parliamentary system, members of parliament are in the habit of changing loyalties and are out to blackmail and pressurise the government to promote their own personal interests”.

“It is for this reason that often a healthy opposition and a strong government are not there to take care of the welfare and wellbeing of the people. Similarly, there is little legislation in the assemblies and the meetings of legislatures often fail due to shortage of quorum. The monitoring role of the opposition is therefore often compromised.”

It is further contended that there is not a complete separation of powers between the executive and the legislature. This has been principal cause of politicisation of the administration, non-professionalism, nepotism and corruption.

“The people who are posted at sensitive posts are often not eligible for those posts and are appointed without being competent for those posts to win over the members of opposition and allies of that government,” the petition contends.

It says that the executive head and his ministers are not always competent. As the selection of the cabinet members has to be made from members of the parliament, the National Assembly or the Senate, competent people are not often available to improve the quality of governance. 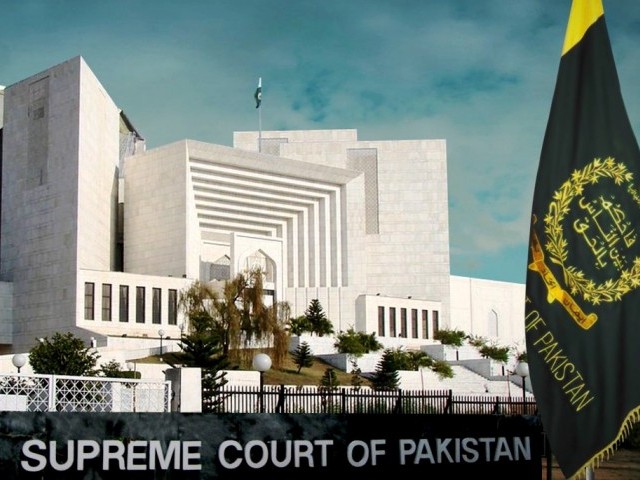 SC moved for referendum on presidential system | The Express Tribune

I think i dreaming

That'll be a dream come true

I don't expect any thing good from higher judiciary as they are also part of current corrupt system.. But if they do this...this will write in Golden words in Pakistan history..
G

thinking said:
I don't expect any thing good from higher judiciary as they are also part of current corrupt system.. But if they do this...this will write in Golden words in Pakistan history..
Click to expand...

Golden words.. By a Pakistani Court?

Will most likely be rejected as frivolous, or not taken seriously if accepted..

Sometimes weak petitions are forwarded by PMLN/PPP with intent of a negative outcome, so they could serve as reference points in other real and serious petitions....