Pakistan's IT exports surge 24% despite Covid-19 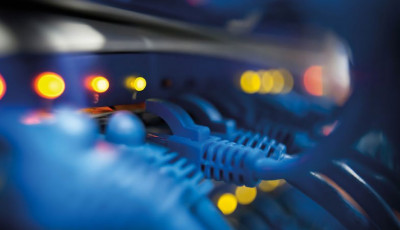 Federal Minister for Information Technology and Telecommunication Syed Aminul Haque on Wednesday said that Pakistan’s IT industry was progressing rapidly and all possible steps were being taken to facilitate the industry.

The minister expressed these views while speaking at the IT Export Awards 2019, organised by the Pakistan Software Export Board (PSEB) - an attached department of the Ministry of IT and Telecommunication.

Haque said the role of IT and telecommunication was vital in the development and economic growth of Pakistan and the government was interested in working closely with the information and communication technology (ICT) sector and implementing the policies and measures that would effectively energise both exports and technology adoption.

He stated that the IT industry was growing at a phenomenal rate, earning foreign exchange for the country, creating high-paying jobs, improving the nation’s productivity and quality of life through innovative technological solutions.

Moreover, he told the audience that fiscal year 2019-20 had been a great year for IT and IT-enabled services (ITeS) exports.

“We are setting a target of $5 billion for IT export remittances by FY23 and will provide all the necessary support to achieve the target.”

Haque stressed that Pakistan’s IT industry had reached an important milestone in its journey and positioned itself to become one of the leading players in the software and outsourcing services market.

He declared that the IT industry could become one of the largest industries, adding that the national exchequer was growing due to IT exports.

The federal minister said IT exports registered a record increase despite the Covid-19 pandemic.

“Events such as these need to be held more frequently. The Ministry of Information Technology and Telecommunication and Pakistan Software Export Board are making all possible efforts to facilitate the IT industry. My doors are open for viable suggestions for improving the IT industry growth,” he concluded.

The minister congratulated all the export award winners and praised their efforts for boosting much-needed export earnings of Pakistan, their investment in the country and generating employment opportunities for the youth.
Source
Advertisement

India's IT exports are around $130 Billions

we are not even touching $1 Billion
T

Paypal is the key to make it more than 1 billion dollar. Bangladesh is far ahead of us in this and I am sure our Developers are much better than Bangalis and Indians.
You must log in or register to reply here.
Share:
Facebook Twitter Reddit WhatsApp Email Share Link
Sponsored Link