Moed Yusuf: In Foreign Policy, Pak is Punching Way Beyond It's Weight!!!

Aggressive and Independent Foreign Policy on Display on BBC!!!
N

No more push around Strength will come from standing up for yourselt. When you stop sacrificing yourself to please others, you can showcase your strengths. Pakistan Zinda bad
R

Wow...can't be better than this.

Dr. Moed has expressed his ideas clearly and effectively, in one word Very much articulated.
He is the right choice by PM Imran Khan.
R

In the past our leaders or spokespersons used to be apologetic & submissive in front of foreign media with a stereotype conclusion that 'Pakistan has to keep its house in order first'....
But under the leadership of Imran Khan finally the jinx has been broken.

Nawaz Sharif regime more then loot and corruption damaged Pakistan through almost non existent foreign policy .....
Whether it was incompetence or intentional needs to be seen .... But he degraded Pakistan more then Zardari regime .....

This time one thing was a little contradictory as he initially said he would talk as a scholar and not a Pakistan's NSA, while his initial speech was more as our NSA.

This time one thing was a little contradictory as he initially said he would talk as a scholar and not a Pakistan's NSA, while his initial speech was more as our NSA.
Click to expand...

Also, it appears very cheesy whenever he says that "I am here as a Scholar"...

Academician may have been a better characterization.

The west has embarrassed itself by refusing to listen to Pakistan about the lack of popular support for Afghanistan’s ousted government led by Ashraf Ghani, and needs to help Afghans by engaging with the Taliban to ensure an inclusive government is formed, Pakistan’s national security adviser has said.
Islamabad is on a major diplomatic offensive to persuade the west not to turn its back on the Taliban government, with which Afghanistan’s eastern neighbour has close and controversial links, but instead to use its economic leverage to provide support.
Moeed Yusuf said that if the west repeated the major mistake of the 1990s and abandoned the country, it would set up a security vacuum that would lead to a revival of militancy first in Pakistan and then in the west.

Pakistan feels it has been vindicated by the collapse of the Ghani administration and has insisted it cannot bear the brunt of more refugees spilling over its border. It argues that an internationally recognised and stable Afghanistan would preclude that.
Yusuf called for an internationally coordinated effort, backed with an economic plan, to persuade the Taliban government that there “should be an inclusive government, rights protected, a moderate governance model”. 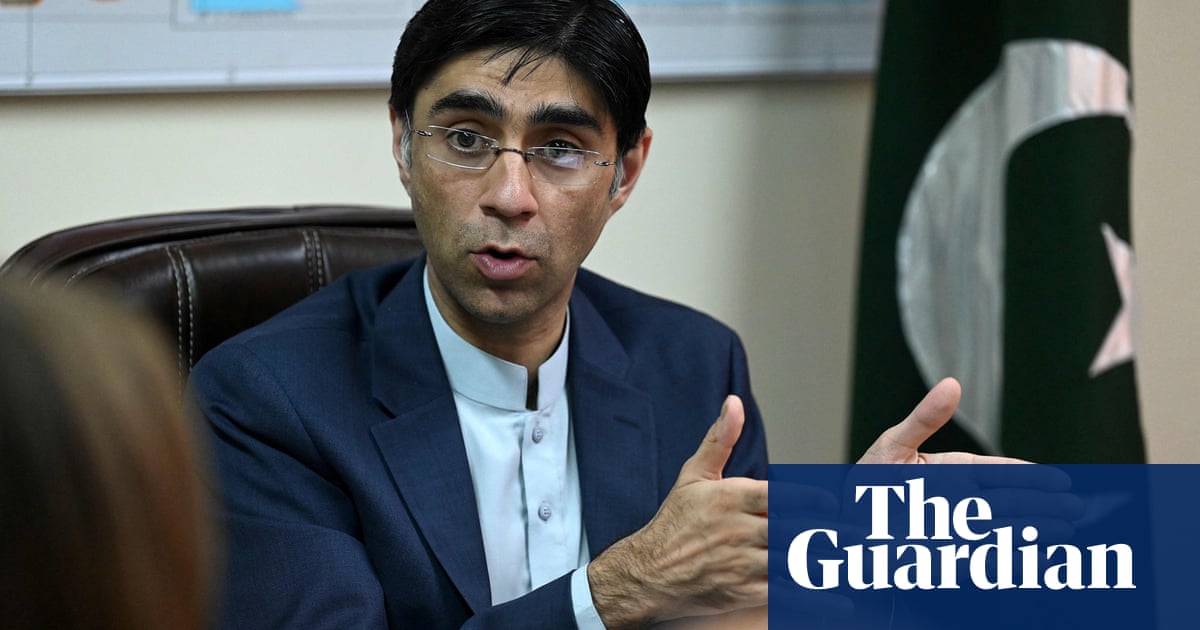