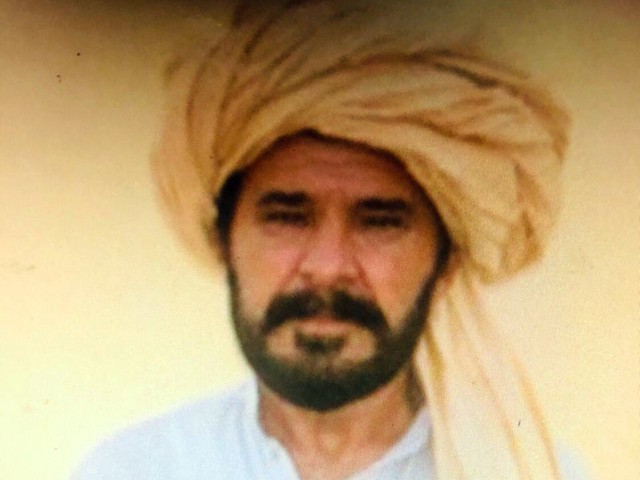 PESHAWAR: Malik Matorkay, maternal uncle of Shariatullah – who abducted a Mari Petroleum Company Ltd employee, was shot dead on Sunday in Khaisor village in the Mirali tehsil of North Waziristan.

Matorkay had given the statement that security forces personnel had not harassed the family members of Shariatullah as was being portrayed by the Pashtun Tahafuz Movement (PTM) as he was present at the time of the raid.

Sources said that he had signed an affidavit as a guarantor that no wrongdoings were committed. PTM had targeted him on social media.
Background

Matorkay was the uncle of Hayat Khan – the 13-year-old boy who was persuaded by PTM activist Noorul Islam Dawar to give a video message against security forces for adopting unfair means in their search for his elder brother Shariatullah.

In an interview with Voice of America, Jalat Khan, father of Shariatullah, confirmed that his son was a terrorist.

Shariatullah is said to have abducted and burnt four MPCL employees and a Frontier Corps soldier on October 23, 2018.

Another employee, Zahid Mehmood, was taken hostage and kept by Shariatullah at his house in Khaisor with the help of his father Jalat and brother Irfan.

When security forces went to rescue Mehmood, Shariatullah managed to escape into the mountains with the abductee.

Hayat was persuaded to give a video statement against the security forces.

However, Matorkay denied any such incident, saying he was with security forces when they searched the house of his sister. Hayat’s mother and Matorkay’s sister inked an affidavit stating no such thing happened.

we have to trace a lie. I suppose this statement is fabricated.

It is a political wing of TTP.
G

The ISI and Army better control them now before they become MQM or TTP. This nations is sick and tired of these agents of our enemies.
G

PTM ARE ILLEGAL AND ENEMY OF THE STATE. THEY SHOULD NOT BE GIVEN FREEDOM TO HOLD JALSAA AND MISLEAD THE YOUTH.

I'm sure our agencies are monitoring them.
This bull shit can not continue in Pakistan.
We have suffered enough. Now we must all come together to get rid of this menace once and for all.

May be job done by ISI to blame PTM? That's govt responsibility to investigate.

raw is behind this killing

ttp or ptm or suck kind of x, y, z just kicked them out.. gathering of bacha baz ppl:cool:

No one knows who kill him yet, blaming PTM without proofs is part of a propaganda which is done to create an a narrative against them to start an operation. That is not new.

Muhammad Jibran said:
No one knows who kill him yet, blaming PTM without proofs is part of a propaganda which is done to create an a narrative against them to start an operation. That is not new.
Click to expand...

Jab bande se kaam me lia to osko marwa dia. So sochne ki baath hae ke yeh kis ke favour mein hae!! Who is the beneficiary of this killing PTM or some one else?
You must log in or register to reply here.
Sponsored Link
Corona cases in Pakistan
1,650
Currently Infected Patients
29 (2%)
Total Recovered
20 (2%)
Total Deaths
More Details