Is Funding case becoming a problem or serious issue for PTI?

Is this any problem or serious issue for PTI? 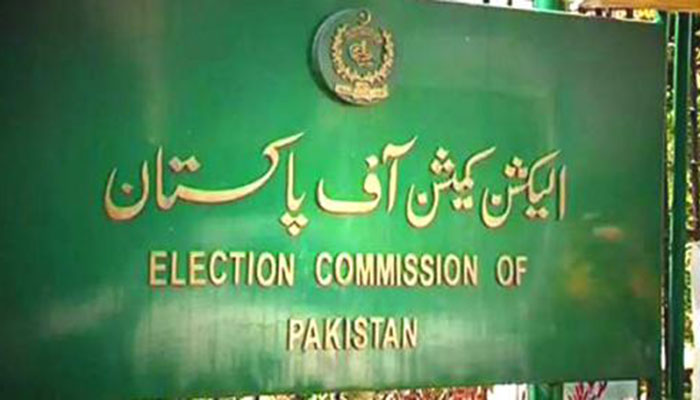 ISLAMABAD: The Election Commission of Pakistan's (ECP) scrutiny committee has been asked to check the official record of two US companies registered on PTI chairperson Imran Khan's instructions in the foreign funding case.

This request was made by petitioner Akbar S Babar’s lawyers Syed Ahmad Hassan Shah and Badar Iqbal Chaudhry in a second meeting of the committee at the Election Commission Secretariat, The News reported Friday.

A day earlier, the PTI said in its latest written response to the ECP's scrutiny committee that if any funds were collected illegally, the responsibility lies with agents.

PTI had earlier denied any illegal funding from the US. Now it claims that if any funds were collected illegally through two US registered companies registered on Imran Khan's written instructions, the responsibility lies with their agents managing the two PTI LLCs 5975 and 6160.

The ECP had recently expressed concern over the delay in scrutiny of the funding-related documents and directed the committee to expedite its work and hold meetings thrice in a week and finish the task as early as possible, which was underway since March 2018, The News reported Thursday.

Sources said that the petitioner's lawyer Syed Ahmad Hassan Shah, assisted by Badar Iqbal Chaudhry, protested at the continued refusal of the committee to share the PTI financial documents with the petitioner.

Shah contended by refusing to share the documents, the committee was in violation of ECP Order, issued on May 30, 2018 that rejected the PTI plea of keeping these documents and the scrutiny process secret.

The lawyer emphasised that they were participating in the committee proceedings under protest as denying access to PTI bank statements and other documents was a violation of law and due process.

The scrutiny committee was asked to follow the ECP order, issued on August 27 last year to authenticate every evidence before it. The petitioner’s lawyers emphasised that the committee should not expect them to rubber stamp fake and forged documents, submitted by PTI.

Akbar S Babar, a founding member of the PTI, had filed a case against the Imran Khan-led party in November 2014 claiming in his petition that there were massive financial irregularities in handling of foreign funding to the tune of nearly $3 million.

Following the petition, the PTI challenged the ECP orders in the IHC in 2017.

In the same year, the IHC sent back the case to the electoral body to review its jurisdiction once again. In the case, the high court had also declared Babar as member of the ruling PTI.

Later on May 8, 2017, an ECP bench stated that the body had complete jurisdiction over the case.

In March 2018, a scrutiny committee was formed to look into PTI's foreign funding accounts to determine if there was any wrongdoing.

The PTI at multiple times has sought secrecy in the scrutiny and had also approached the ECP, in this regard. However, in October, 2019, the ECP turned down the party's request.

The PTI chief at multiple times has accused the ECP for working for the interests of the opposition in the case.

Not at all.
At worst, there can be a small (5-10 thousand dollars) fine for some checks
Noon, JUI and PPP should get ready for the trap they used for PTI

Storm in a teacup!​
M

This is a fucking joke of a case, how stupid our fucking judges are, they have made a mockery of our judicial system.

foreign funding by a foreign agency to a political party to use it against the state is a crime.

not fucking ordinary people making contribution. And since when has PTI done anything that has not been in the best interest of the country?.