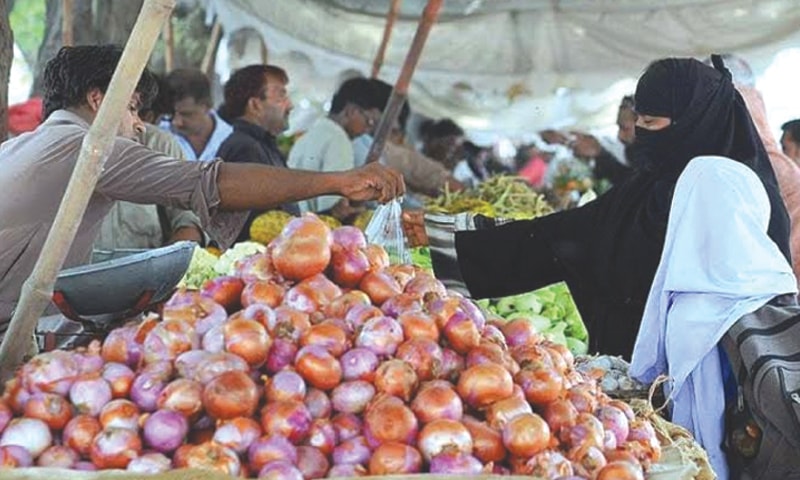 KARACHI: Arrival of Iranian and Afghanistan onions failed to provide any relief to the consumers as traders further pushed up prices of the staple food to Rs90-100 per kg from Rs80.

Non-availability of Sindh onion and dependence on Balochistan variety has paved way for imports from Iran and Afghanistan.Onion prices had been under pressure for the last few months as only Balochistan crop is feeding the entire country until new Sindh crop of onion is harvested by middle of October.

Retailers had already increased prices to Rs80 per kg ahead of Ashura (Sept 10) from Rs60 per kg in view of the demand and supply gap.

Traders said they had been procuring Iranian and Afghani onion at Rs60-70 per kg depending on the quality while Sindh variety, which started with very low quantity, sells at Rs80 per kg.

However, rupee-dollar parity had remained stable during July-August, keeping cost of imports under control.They said they are lifting Sindh crop from the Sabzi Mandi in very little quantities due to higher rates. The Afghani onion is black in color while Iranian onion is of different color than Sindh crop. Very small quantity of Afghani onion is also available in the market. Many traders have mixed both the countries’ onions.

Falahi Anjuman Wholesale Vegetable Market Super Highway President Haji Shahjehan said “If Iranian and Afghani onion had not arrived then the consumers would have been paying over Rs150 per kg. Imports were made as Balochistan crop was insufficient to meet the demand.”

Around 15-20 big containers carrying 25-30 tonnes each have been unloading in Karachi’s vegetable market daily for the last 20-25 days to satiate the city’s demand. He said the Sindh crop has also started arriving in the market but in small quantities amid reports of crop damage due to bad weather and rains.

However, he said there are reports that Balochistan growers had protested to the government over thriving imports of Iranian onion. As a result, arrival of Iranian onion had slowed down in the last two days in the markets.Besides onion, consumers have been paying higher prices for almost all vegetables, barring potato, are selling at Rs80-160 per kg.

Tomato prices had been fluctuating between Rs80-120 per kg followed by Rs160 per kg for Capsicum (Shimla Mirch), Lady Finger (Bhindi) and Ridge Gourd (Turrai).
Bottle Gourd (Lokki) and Apple Gourd (Tinda) are selling at Rs100 per kg. Cabbage (Bund Gobhi) is priced at Rs80 per kg, while Cauli Flower (Phool Gobhi) is bring sold at Rs120 per kg. Cucumber (Kheera) price hovers between Rs80-100 per kg.

The price of good quality ginger came down to Rs320 per kg from Rs400 per kg while garlic price stands unchanged at Rs320 per kg.
Source: Imports fail to bring down onion prices
Advertisement