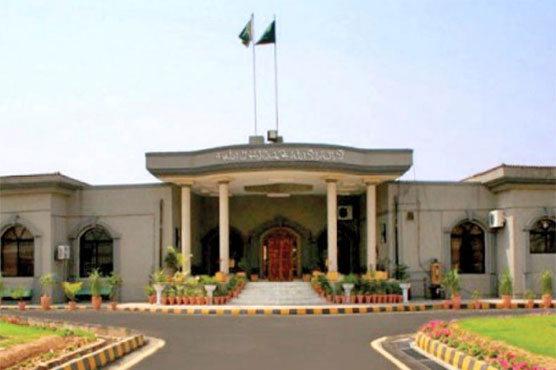 ISLAMABAD (Dunya News) – Islamabad High Court (IHC) on Wednesday has disposed of all the petitions filed against Azadi March of Jamiat Ulema-e-Islam-Fazl (JUI-F).

Chief Justice Athar Minullah remarked no court in the world can abolish right of demonstration over which, the claimant said that there is a right to protest against policy but not democratic government.

Subsequently, the court dismissed both petitions against Azadi March.

Earlier, an application was also filed by advocate Hanif Rahi against the participation of Pakistan Muslim League-Nawaz (PML-N) in Azadi March. Interior secretary, JUI-F chief, PML-N and Deputy Commissioner Islamabad were made parties in the plea.

The petition stated that PML-N leaders are facing National Accountability Bureau (NAB) cases and ex-prime minister Nawaz Sharif had written a letter to PML-N senior leadership from Kot Lakhpat Jail which is tantamount to pressurize the anti-corruption watchdog.

The application further added that Supreme Court and IHC had already given a verdict regarding holding of sit in on specific places.

The application was filed by advocate Hanif Rahi.
dunyanews.tv
Advertisement

Our dishonest judges are so incompetent that they can’t see the difference between PTI and fazul ur rehman Agenda ,
It’s not only politicians , If our courts were doing their job , condition of people of Pakistan would have much better
You must log in or register to reply here.
Sponsored Link