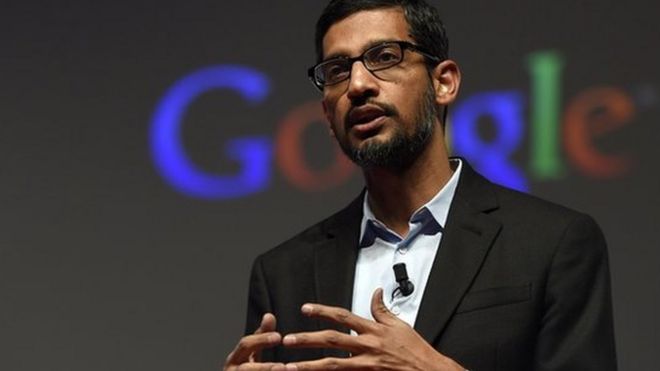 Google will invest $10bn (£7.93bn) in India in the next five to seven years, the chief executive of its parent company Alphabet Inc has announced.

The investment will be used to build products and services for India, help businesses go digital and use technology "for social good".

"This is a reflection of our confidence in the future of India and its digital economy," Mr Pichai said.

With more than 500 million active internet users in the country, India is perhaps the biggest potential growth market for Google.

Mr Pichai said the fund would focus on four areas to scale up digital infrastructure in India. It would:

Mr Modi tweeted to say that he and Mr Pichai had discussed "leveraging the power of technology to transform the lives of India's farmers, youngsters and entrepreneurs".

Why this investment makes sense for Google

Growing internet use across smaller towns and villages has also led to a boom in regional language internet use which, according to one estimate, now commands a 66% share in overall content consumption in India, far surpassing English.

This, along with a significant uptick in the number of Indians using AI-based technologies for education, healthcare and financial services, dovetails directly with Google's ambitions to bring first-time users online.

"I expect digital adoption in sectors like education will be two to three times faster because of this investment," telecoms analyst Minakshi Ghosh told the BBC.

The timing of Google's announcement is particularly interesting. It comes close on the heels of India announcing a ban on 59 Chinese apps including TikTok and WeChat.

"Google can scale its presence and fill the void created by some of them, especially in browser space, communication tools and utility apps," says Tarun Pathak, associate director with Counterpoint Technology Market Research. "The ban has created uncertainty in the market, which is an opportunity for Silicon Valley giants like Google and Facebook."

This is not the first time Google has made large investments in India.

In 2015, the company partnered with Tata Trusts to launch Internet Saathi, a programme to help bridge the gender divide and deliver technology to Indian villages. According to the programme's website, the effort has helped around 28 million women across nearly 300,000 villages learn about the internet.

In his blog, the Indian-born Mr Pichai wrote that this mission was "deeply personal".

"Growing up, technology provided a window to a world outside my own. It also brought us closer together as a family," he said. 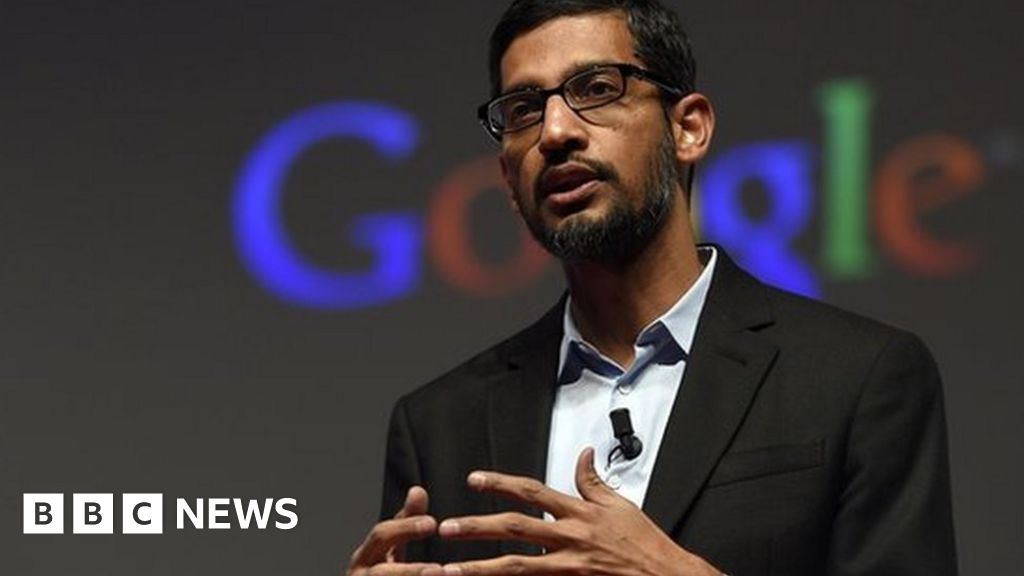 The money, to be channelled through a fund for India, will be used to bolster digital infrastructure.
www.bbc.com
Advertisement

What Modi couldn't do for India, these IT experts in America started doing

American companies are worried about their investment in Endia. They will support them as long as they can compare to Pakistan and China.
M

China will do the same in Pakistan
wait and watch.
S

Good job , should make toilet first
You must log in or register to reply here.
Sponsored Link