Former Israeli Prime Minister Ehud Olmert believes that his successor Benjamin Netanyahu’s political career has come to an end. He made these remarks while exclusively speaking with the Turkish state-owned website, TRT World, on Thursday.

While commenting on Netanyahu’s failure in forming a government after two inconclusive elections, Olmert said he would be finished.

He will be indicted, and Netanyahu is finished. His service as prime minister has come to an end.
Click to expand...

Former Israeli PM believes that the next government, which according to him, will be minus-Netanyahu, will be ‘less provocative’ and more severe towards normalizing ties with Palestine.

He said that if President Benny Gantz, a fierce rival of Nethanyahu, forms the government after third elections, he will make headways in bettering Israel’s regional position.

The policy of Israel will not be provocative, and there will perhaps be more meaningful contacts with the Palestinians.
Click to expand... 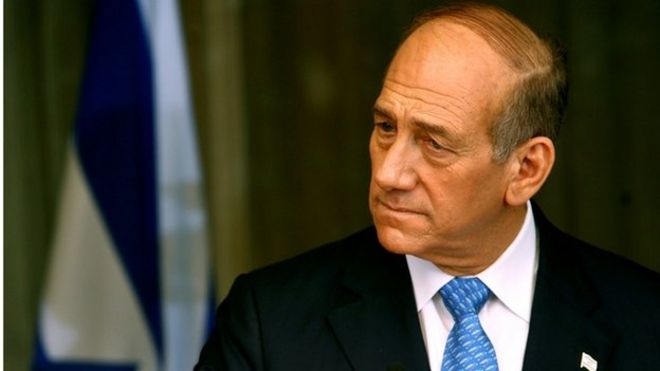 Olmert served as the Israeli Prime Minister from 2006 to 2009.About Peace Settlement
Olmert criticized Trump-administration ‘hastily’ moves to recognize Jerusalem and Golan Heights as Israeli territories, saying that it was a mistake that only added fuel to the fire.

He admitted that the new Israeli government will have to work harder for a peace settlement with Palestine as things had worsened due to these measures.

An Independent Palestinian State
Ehud believed that ِIsrael will continue to face hostilities from countries like Iran, Pakistan, and Malaysia until or unless there is a peace settlement in the region.

He continued to support the peace talks with Palestine, saying that it was the only solution to have better ties with Pakistan and Iran.

“Pakistan is a country with great potential,” Olmert said. “We already have some informal contact. We used to have in the past – I can say from a certain degree of knowledge. And I think that we should continue.”

Since Israel has no direct conflict with Pakistan, so why shouldn’t the two countries have good relations? He questioned.

Answering a question related to non-recognition of Israel from several Muslim countries, he said, a successful peace deal with Palestine will help to mend ties with all Muslim states.

Ehud is a former Israeli premier and Jerusalem mayor. He remained the head of state from 2006 to 2009. During his short but eventful premiership, he led military campaigns against Hamas and Hezbollah, made progress negotiating with Palestine, and introduced pro-active foreign diplomacy, which helped the country make strides on the global front. He stepped down facing corruption charges but was acquitted by the court.

Former Israeli Prime Minister Ehud Olmert believes that his successor Benjamin Netanyahu’s political career has come to an end. He

Pakistan biggest concern with Israel is because of Palistine. If they can bring peace amongst themselves , i think we have no issues with Israel
A

No dialogue with zionist state

Pakistan has no direct conflict with Israel. If the Israelis are able to resolve their dispute with the Palestinians, there is no reason to not have relations.
A

MianJi said:
Pakistan has no direct conflict with Israel. If the Israelis are able to resolve their dispute with the Palestinians, there is no reason to not have relations.
Click to expand...

yh right. more than welcome to live in your fantasy world

We have ongoing conflicts with India, but still have relations with them.
A

MianJi said:
We have ongoing conflicts with India, but still have relations with them.
Click to expand...

indeed one sided relations. they don't even give a damn. relations demands respect from the other side as well which doesn't go well with a zionist or an RSS extremist state. Hamare buzdil leader aik taqreer kr ke khud hi wah wah krtain hain. kaisi qismat pae hai is mulk ne ?
You must log in or register to reply here.
Sponsored Link