LONDON — Doctors leading the fight against the coronavirus in the UK have threatened to quit if the UK government fails to provide them with adequate protective equipment soon.

As the outbreak continues to grow in the UK, with 8,077 confirmed cases and 422 deaths, doctors say they are being forced to endanger their own health due to a nationwide shortage of the right equipment.

Personal protective equipment (PPE) includes masks, respirators, and gowns, and can help prevent transmission of the virus between medical staff and patients.

Dr Rinesh Parmar, chair of the Doctors' Association UK, told the Guardian: "The longer this epidemic goes on for, if doctors feel that there is a widespread lack of personal protective equipment, then some doctors may feel they have no choice but to give up the profession they love, because they feel so abandoned by not being given the PPE that the World Health Organization recommends.

"That's the travesty of this situation, that the government needs to protect frontline health workers and in return they will give 100%. But the government hasn't kept its side of the bargain with NHS staff by not having enough PPE available to safeguard the health of doctors and nurses."

Organisations representing nurses, paramedics, GPs, and midwives have also echoed concerns about the lack of protective equipment in recent weeks.

The move threatens to undermine a recruitment drive which the government launched last week.

Matt Hancock, the government, said on Tuesday that nearly 12,000 retired NHS workers had already agreed to return to hospitals and support efforts to tackle the coronavirus.

The Doctors Association, a lobby group, warned last week that NHS staff felt like "lambs to the slaughter" and said that a lack of safety equipment was endangering the lives of patients as well.

Matt Hancock admitted on Tuesday that there had been "challenges" with the supply of PPE to medical staff in England. He said the government purchased a million face masks over the weekend and was taking the issue "very seriously."

"I am determined to ensure that the right kit gets to the right hospital, the right ambulance service, the right doctors' surgery, right across the country," he said.

"There have been challenges and I can see that. We're on it and trying to solve all the problems."

The shortage of safety equipment came under further scrutiny on Wednesday, when a large-scale PPE manufacturer said it had emailed NHS trusts twice since January offering further supplies.

Pam Parker, managing director of PPS in Milton Keynes, told BBC's Today programme that representatives for the NHS "said they had it all under control and they didn't need them."

"We did offer [equipment to] local authorities and that was just a few weeks ago. They said, no thank you, we've got enough."

She said the equipment was subsequently sent to Spain, Germany, and Chile.

Chris Hopson, chief executive of NHS Providers, said last week there was already an adequate supply of equipment but there were logistical problems in distributing it quickly enough.

"We have obviously been talking to national NHS leaders and what they say to us is there are sufficient national stocks of personal protection equipment but there is currently a problem in terms of the logistical distribution of them," he told iNews.

"What's happened is that, because of the sudden and understandable spike in demand, it is taking a bit of time for the logistical distribution to catch up, but the bit that they are saying to us is there are sufficient national stocks; the issue is actually ensuring that those stocks reach the front line in the right numbers, in the right places, at the right time." 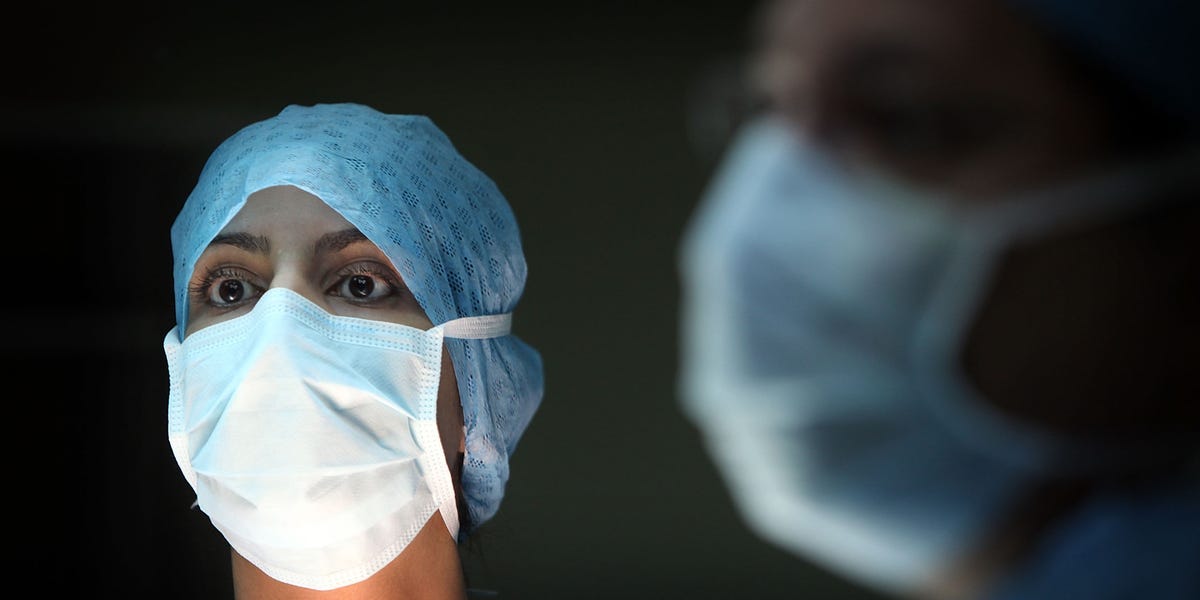 UK doctors are threatening to quit due to a nationwide shortage of the equipment needed to protect them from catching the coronavirus.

FA PASS/FAIL wAnchors look at this thick heads morons. Don’t use this as an opportunity to get your bapu meer Shakeel greed from jail.

Actually british Gov. was also busy in making cases against Geo & Jung, That is the reason they are not able to provide proper protection to medical staff.
You must log in or register to reply here.
Sponsored Link