According to cricket laws, New Zealand should have been world champions. Know why 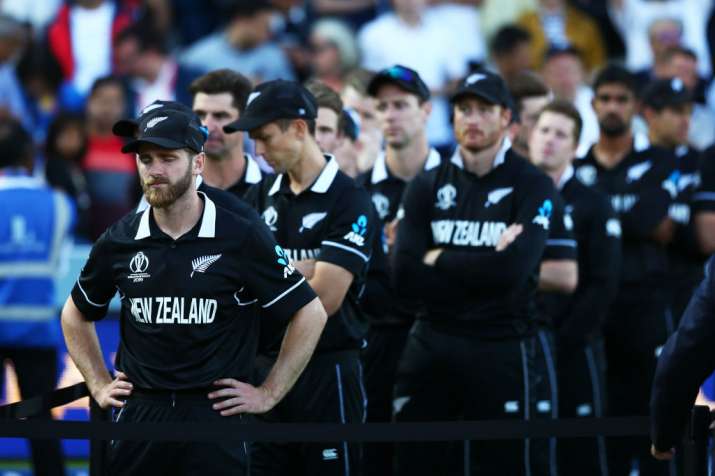 Cricket is a game of fine margins and on Sunday the 2019 World Cup ended on a dramatic end as England lifted their maiden World Cup title at Lord's Cricket Ground.

The game had drama, tension and everything that a World Cup finale should have and perhaps more. But, what if you get to know that England should have never been the world champions despite all that unfolded?

Yes. You read that right.

On Sunday, if the cricket rule books are to be believed, there was a glaring error on the umpiring front amidst all the madness and the Black Caps might have just been robbed off the championship.

England needed 9 runs to win off 3 balls and Ben Stokes slammed one to deep-midwicket and scampered for a second along with Adil Rashid, he somehow managed to complete the second run but the throw ricochet off his bat to the boundary and after a long conversation between the umpires, six runs were handed to England (2+4 overthrows). And, suddenly from being down and out, England were right back in it, now needing 3 off 2 balls.

However, according to Law 19.8, pertaining to "Overthrow or willful act of fielder", the second run off the ball should not have been counted and England should have been granted five runs and not six.

The law states: "If the boundary results from an overthrow or from the willful act of a fielder, the runs scored shall be any runs for penalties awarded to either side, and the allowance for the boundary, and the runs completed by the batsmen, together with the run in progress if they had already crossed at the instant of the throw or act."

The main part of the law is the last bit and after reviews, it is confirmed that when the ball was released by Martin Guptill, Stokes had Rashid had not crossed each other for the second run yet.

Speaking about the incident before the whole law was pointed out, Eoin Morgan said: "I wasn't quite sure what had happened to start with because, obviously, he dived and there was dust everywhere and the ball deflected through and all the Blackcaps standing around going "What's going on?" So I was trying to figure out, did he hit it, did the keeper hit it?

"I was trying to stay in the moment. I wasn't celebrating. It is not something you celebrate or cheer, well I don't because that could be us on the other side of it, and there's margins like that today that we spoke about. We spoke about that just chatting in the outfield the finest of margins today of guys ducking balls when they could have scored or different case scenarios, stealing runs where guys should have stopped them. It does emphasise that you need to be on top of your game."

While all Kane Williamson could manage was to regret the small margins.

"You can't sort of look at that and think that perhaps that decided the match," he said. "There were so many other bits and pieces to that game that were so important. When it comes down to a tie, you start looking at every single delivery, don't you? It was a pretty tough pill to swallow that when, yeah, when we were looking pretty likely with Trent bowling really, really well, so one of those things."

But, if there was no extra run, New Zealand still had one run in the kitty and there was no tie in the first place. There would have been a different world champion.

Note: The ICC is yet to comment on the issue.

According to cricket laws, New Zealand should have been world champions. Know why

According to Law 19.8, pertaining to 'Overthrow or wilful act of fielder', England had one more run to chase and New Zealand one more to defend and there was no Super Over if things ended as they ended after 100 overs were bowled. 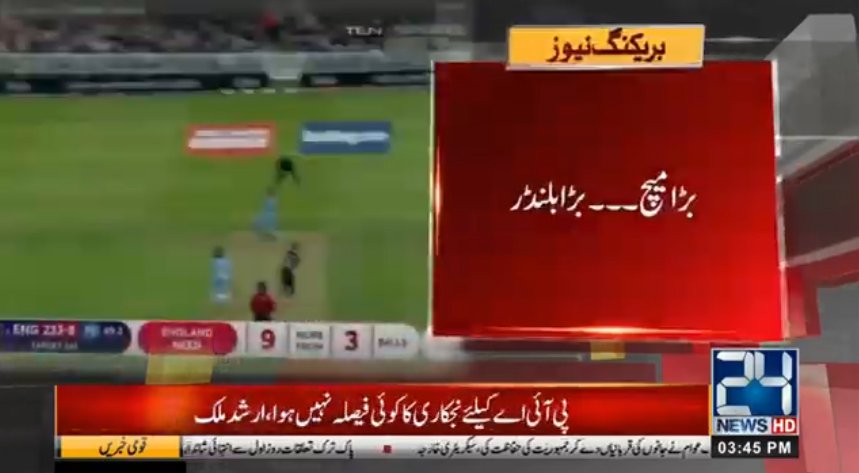 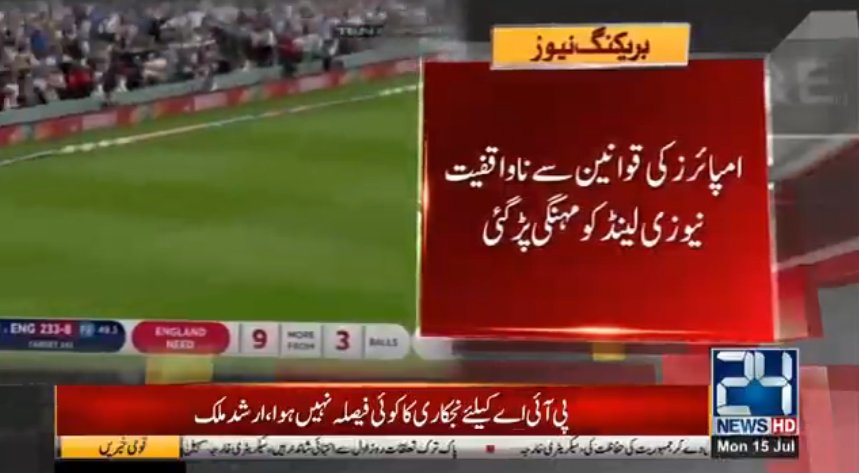 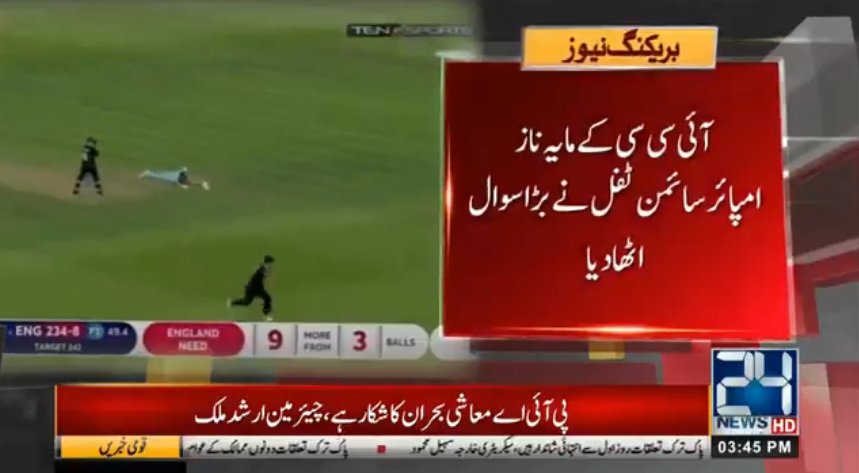 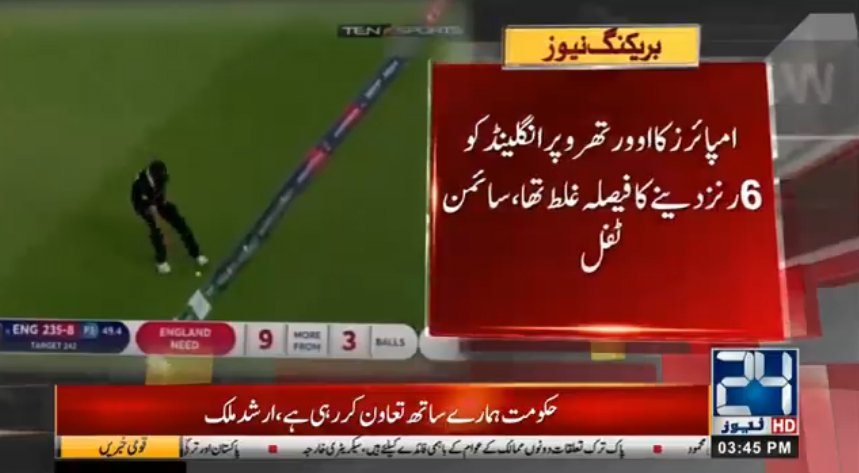 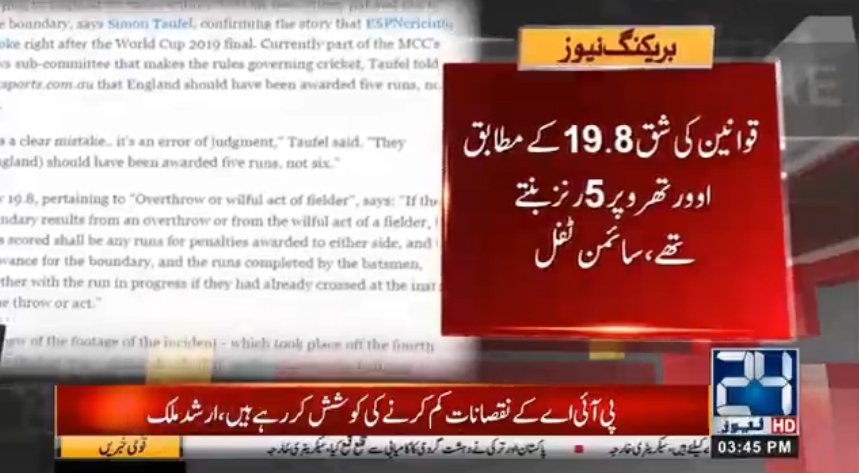 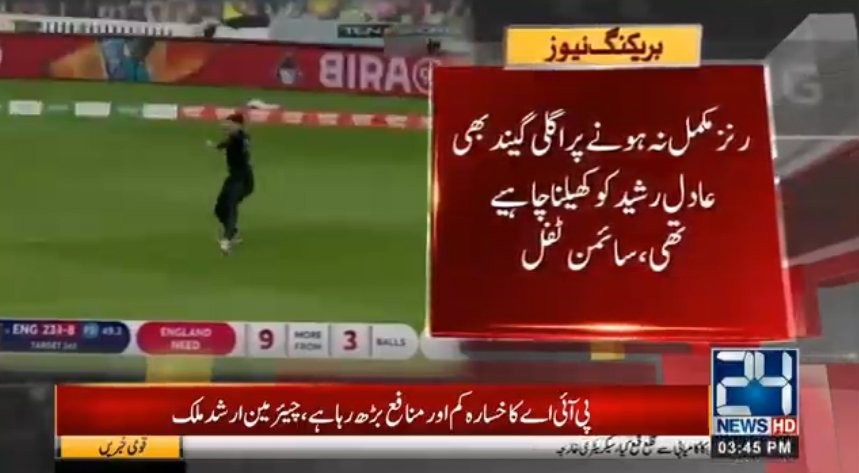 Useless now to mention it at this stage .
W

There should have been another super over after the first super over was tied and the boundary scored after the deflection buy a batter should not be counted this law should be changed.

The ICC laws were unfair for the Kiwis.
But hang on a second.
Just few days ago, New Zealand made the most of ICC laws.
Just before qualifying for the Semis, Both New Zealand and Pakistan had 11 points.

Everyone raising the same issue and you are right that nobody check whether they crossed or not. But because of the occasion, this rule comes into limelight. Final of the biggest cricketing event
You must log in or register to reply here.
Share:
Facebook Twitter Reddit WhatsApp Email Share Link
Sponsored Link