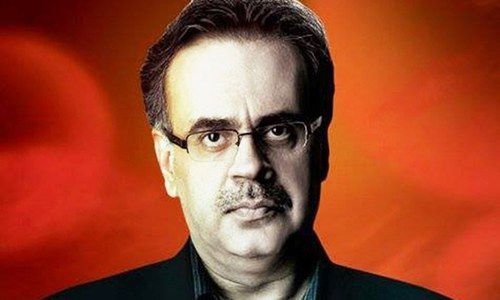 "If these accusations are incorrect, it will not be good," CJP warns TV anchor, asks him to provide details of evidence.
www.dawn.com
M

this guy should be in mental hospital
R

Shahed Masod has proved himself beyond any doubt as "Dr Mental".
Ever since he returned from jail he became berserk.
Started to cook Dabordose "Fake News".
This Psycho would throw anything, literally anything that comes in his mind by flaring his nostrils without thinking the credibility or authenticity of his co-called analysis or news.
In short he is an irrelevant asshole.
You must log in or register to reply here.
Share:
Facebook Twitter Reddit WhatsApp Email Share Link
Sponsored Link